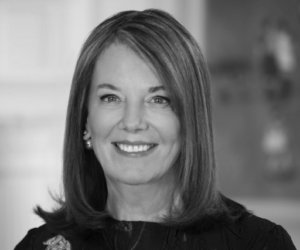 Carol Melton is CEO and founder of Adeft Capital, a venture capital firm advising and investing in new innovative companies at various stages, as well as other U.S. and international business interests. Carol launched Adeft following many years in top level management at two global media and entertainment companies. At Time Warner, Carol was EVP for Global Public Policy, overseeing offices in Washington, London, Brussels, Hong Kong and Buenos Aires, and managing a worldwide portfolio for the company’s HBO, Warner Bros. and Turner divisions (and earlier during her tenure Time Warner Cable, Time Inc. and AOL). Carol also managed domestic and international government affairs for Viacom and CBS when they were originally combined, where her responsibilities included Paramount, MTV Networks, Showtime and all CBS interests in television entertainment, news and radio. Carol is a board member of The RealReal (NASDAQ:  REAL) and JBG Smith (NYSE: JBGS). In addition to Halcyon, she also serves as First Vice President and on the board of the Economic Club of Washington, D.C.  She is a member of the Council on Foreign Relations.

Carol has served as a moderator and speaker at numerous domestic and international conferences related to trade, technology and innovation. Washingtonian magazine has repeatedly named her among the 100 Most Powerful Women in Washington.  She holds a J.D. from American University’s Washington College of Law, an M.A. in communications from the University of Florida, and a B.A. from Wake Forest University.