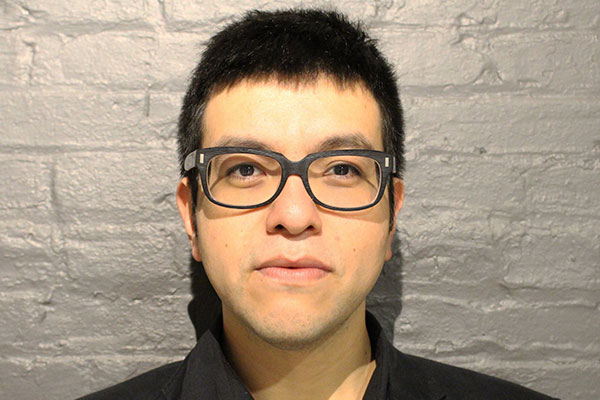 Hoesy Corona is a multi-disciplinary artist and arts organizer creating videos and soundscapes for his visual and performance project Alie[N]ation which investigates and dismantles alien tropes, xenophobic language and the archetype of the scapegoat. Participants wear colorful garments fitted to the human body, which create otherworldly experiences as the wearer is simultaneously visible and invisible – both stripping and enhancing identity and reality.

Corona (b. Mexico 1986, based in the United States of America) is a multidisciplinary artist and the founding co-director of Labbodies, a nomadic arts laboratory that creates opportunities for new media and performance artists to exhibit their work. Throughout his short career, Corona has shown compelling works and inventive sculptures fitted to the human body extensively.  He oftentimes presents works at a variety of institutional, private, public and underground venues such as the Hirshhorn Museum and Sculpture Garden; the Baltimore Museum of Art; the Walters Art Museum; the Peale Museum; the Songs for Presidents Gallery; the Panoply Performance Laboratory; the Decker Gallery; the Brooklyn International Performance Art Festival; VisArts; Current Space; Creative Alliance; the Haggerty Museum and others. Corona’s recent honors include a Light City Public Art Commission in 2017; an Andy Warhol Foundation Grit Fund Grant in Visual Arts, administered by The Contemporary in 2017; and a Robert W. Deutsch Foundation Ruby’s Project Grant in Visual Arts in 2016.