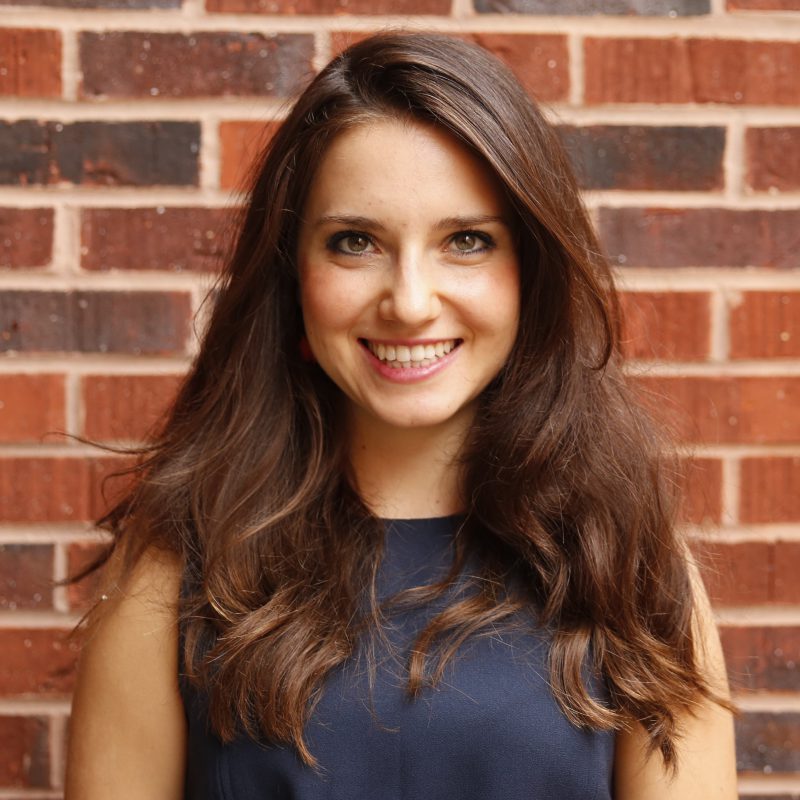 Lina Zdruli is passionate about using entrepreneurship, business and technology as a tool for social good. She has experience building international entrepreneurship ecosystems, including Rawabi, Palestine, where she helped support local entrepreneurs and connect them to international markets. She received her master’s at Georgetown University, where she developed a roadmap for companies interested in assisting refugees to become employable in their local markets, after which she worked on the unit helping bridge the humanitarian-development divide on Forced Displacement. She also started VRefugees, the virtual reality simulation of a refugee’s journey from Syria to Germany, as an education and impact tool.

Lina founded and is currently running Dafero, a social enterprise employing and supporting vulnerable women, such as refugees and former trafficking victims, to produce healthy yet delicious sweets. Revenue from the company is additionally used to develop life skills programming for vulnerable populations, including an education app distributed free of charge to NGOs and trade associations. The startup launched nationally in the US at SXSW in March 2019.