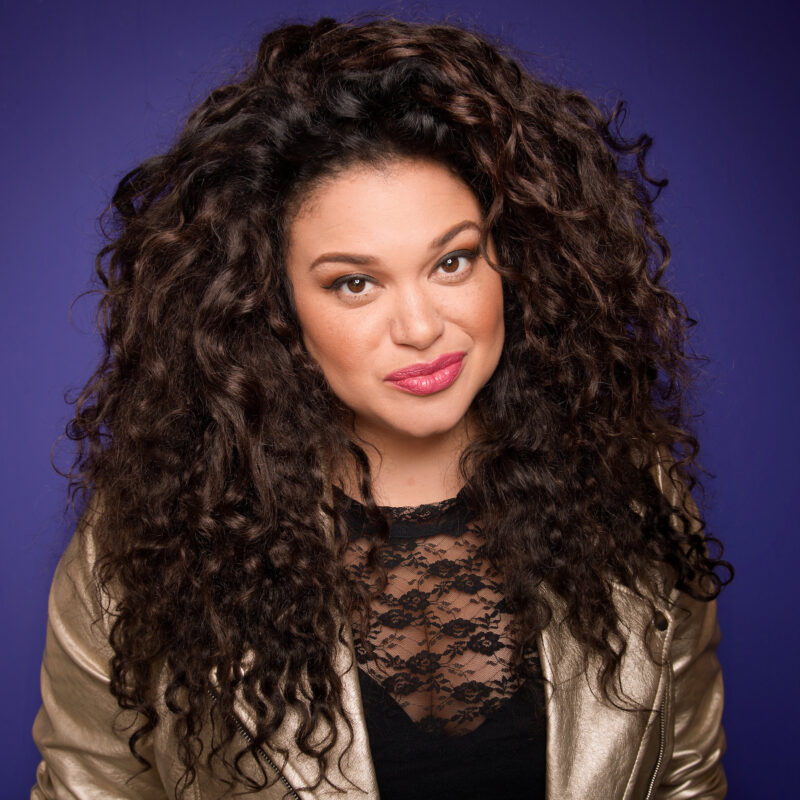 Born in New Jersey to Caribbean parents, actress/comedian Michelle Buteau brings her unique perspective and big personality to stage and screen. She can currently be seen as the host of the new season of the popular Netflix series THE CIRCLE. She is also one of the stars of the TV remake of FIRST WIVES CLUB, the second season premiered July 15th, 2021 on BET+. Other film and TV credits include scene-stealing scenes in ALWAYS BE MY MAYBE, AWKWAFINA IS NORA FROM QUEENS, RUSSIAN DOLL, SOMEONE GREAT and the upcoming MARRY ME with Jennifer Lopez. Michelle’s one-hour comedy special WELCOME TO BUTEAUPIA is streaming on Netflix and recently won the Critics Choice Award for Best Comedy Special. Simon & Schuster published her autobiographical book of essays SURVIVAL OF THE THICKEST last December.