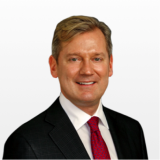 An outstanding agent with over $135+ million in sales in 2012, Mr. McFadden specializes in the sale of upper-bracket properties throughout the Washington Metropolitan area and Eastern Shore. He joined Washington Fine Properties in February 2010 with over 22 years of experience.

From private industry to the White House, Mr. McFadden has worked with a number of the area’s CEO’s, senior executives, professional sports team owners, and political leaders. His attention to detail, total discretion and negotiating skills have contributed to his stellar success. Mr. McFadden is very involved in the community; he serves on the Board of S&R Foundation, the International Committee at The Kennedy Center, and is on the advisory board at Chain Bridge Bank. He is a supporter of various organizations that help the members of the community most in need: The ARC, The Salvation Army and Central Mission.