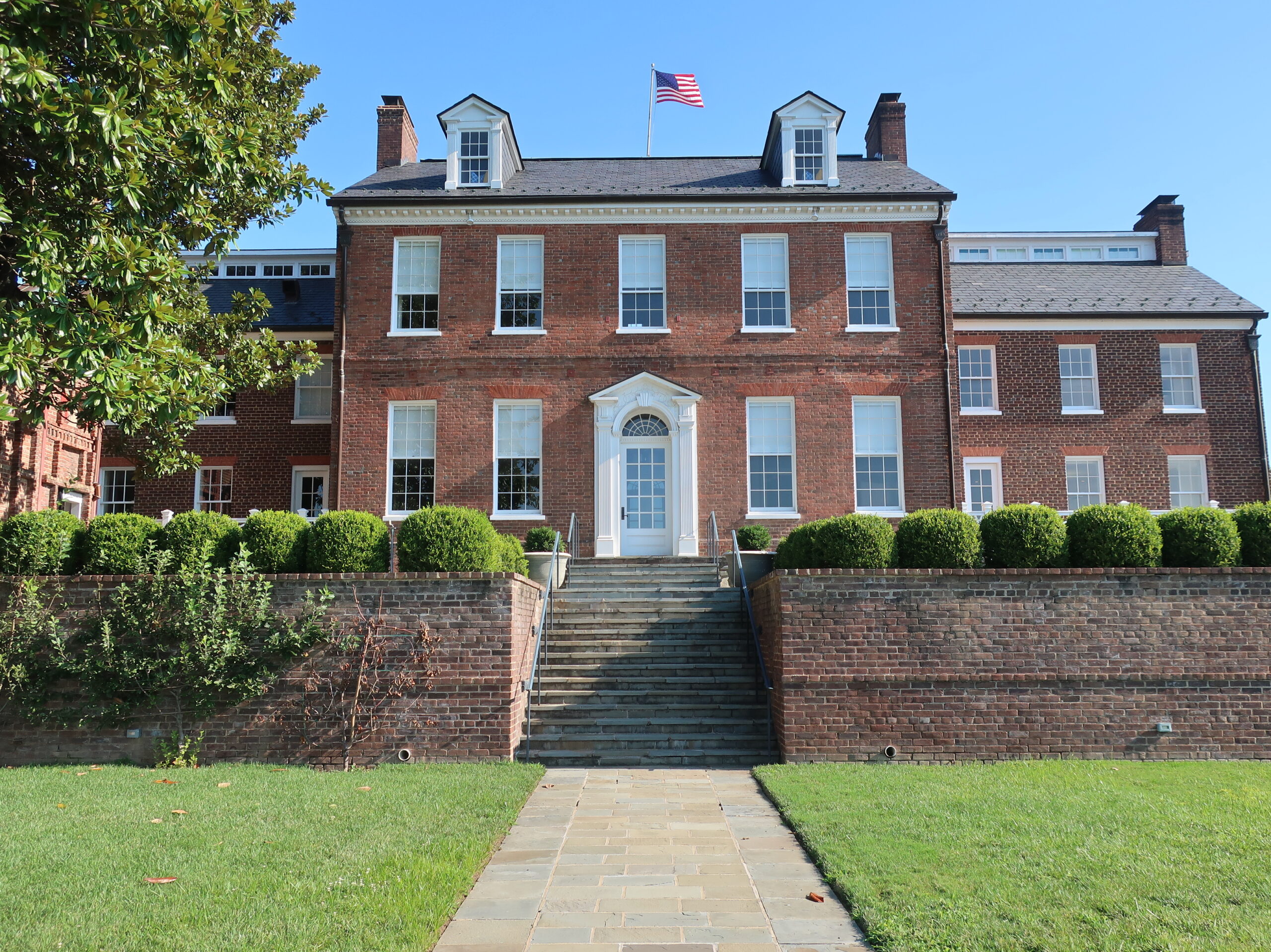 Halcyon is headquartered in Halcyon House, a historic 18th century mansion located in the Georgetown neighborhood of Washington, D.C.

This building was built beginning in 1787 by the first Secretary of the Navy, Benjamin Stoddert, who used it as his residence. During this time Halcyon House was considered the center of much of Washington social life, with an entrance in what is now the back of the building, amidst gardens designed by Pierre L’Enfant, the famed planner of the city of Washington.

The property changed hands several times over the years, at one point belonging to the eccentric Albert Clemens, and at another point serving as a dormitory for nearby Georgetown University. Long-time Washingtonians may remember that for a time in the late 1990s and early 2000s, it was used primarily as an event venue, but when it was purchased by Dr. Sachiko Kuno in 2011, she envisioned a greater use for the space, and the idea for Halcyon started to take shape.

Halcyon’s hallways, working spaces, and library are popular haunts for both current Halcyon fellows and alumni. In addition to serving as the headquarters for the Halcyon team, Halcyon House is the site of many of Halcyon’s public events, including Halcyon Incubator showcase events and speaker series. 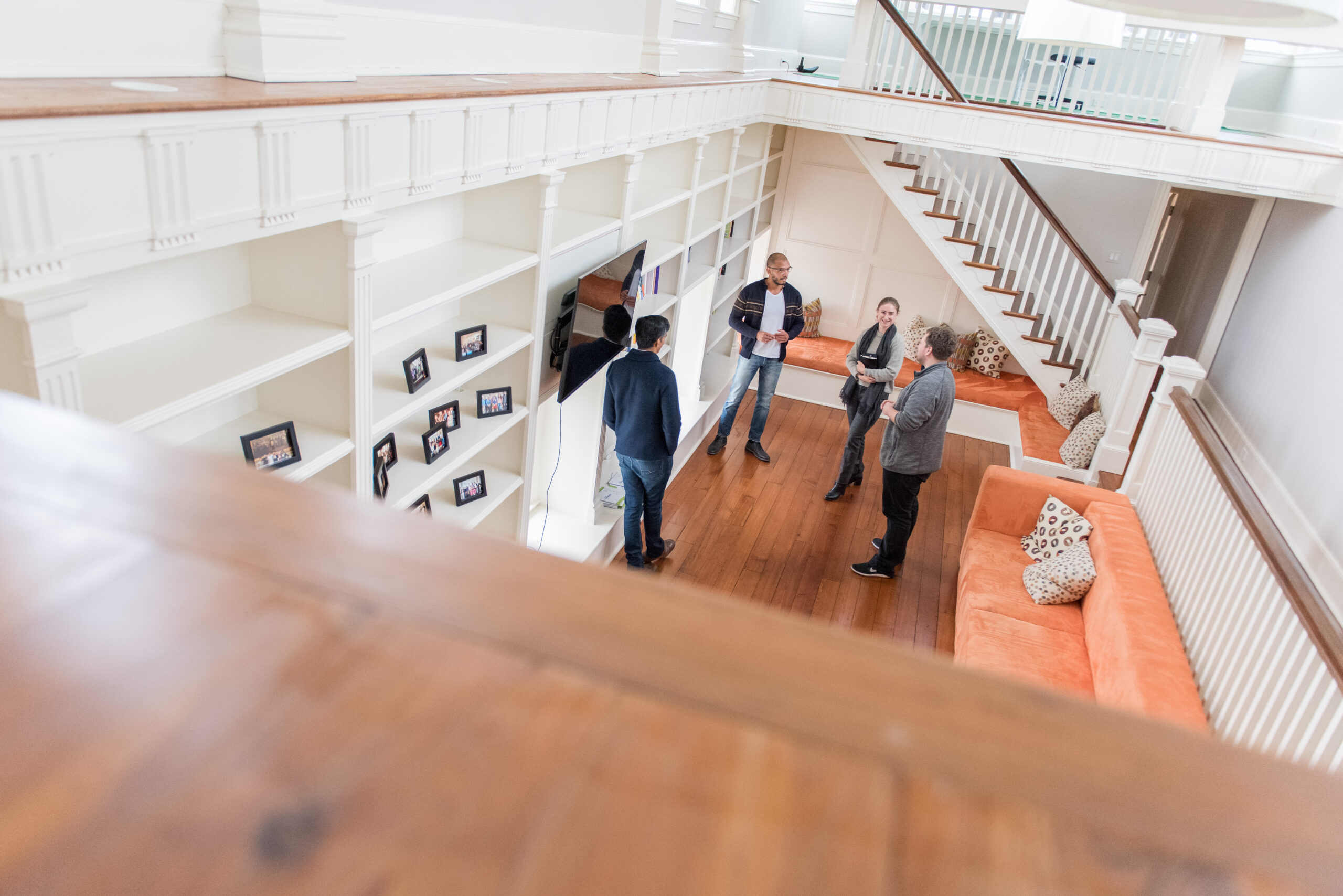 For our fellows, Halcyon is home and office rolled into one. Whether they’re planning their day in the library, taking a meeting in the board room, getting some work done in their own room, or sitting down to dinner together, we hope our fellows are inspired by – yet still feel completely at home in – their surroundings.

Some fellows reside at Halcyon for as long as five months, while other programs utilize Halcyon as a retreat, a chance to step away from the everyday and find focus or perspective.

While this property is no longer available as an event venue in the way it once was, use of our spaces can be incorporated into sponsorship arrangements. For more information about sponsorship benefits involving the use of Halcyon House, contact David Corson at d.corson@halcyonhouse.org.