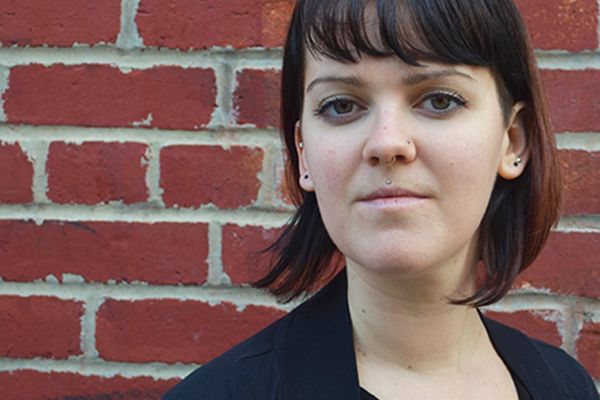 Eames Armstrong is a Halcyon Fellow from the 2016 Studios Program.  Her paintings, including ‘We’re trying 2,’ considering ways in which we relate to one another, were included in the Ward 12 Exhibition at Halcyon House in December 2016.

She works in performance, sound, painting, language and time. Eames’ recent work has explored the intersections and dissonances of noise and queerness, in solo and collaborative works. In 2010, she received a BFA from the School of the Museum of Fine Arts in Boston and completed an MFA in studio art with an unofficial minor in dance from George Washington University in 2016. Eames likes challenge, art that is difficult, complicated gestures, softness, and the ritual celebration of confusion and illegibility.