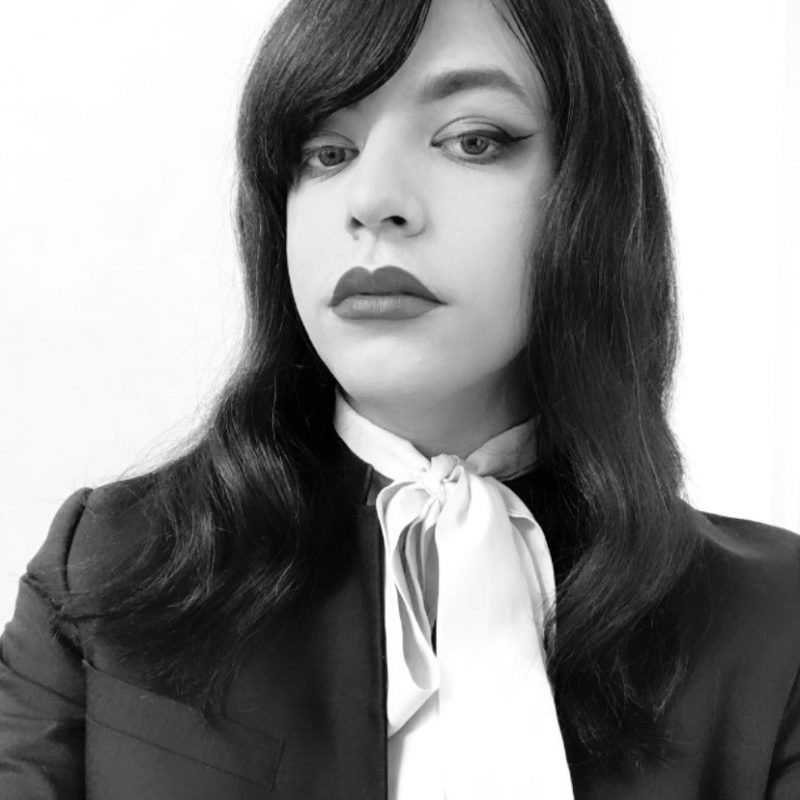 Imogen-Blue Hinojosa was born in Corpus Christi, Texas. She holds a BFA in Photography from the Maryland Institute College of Art and a MFA in Fine Art from Goldsmiths University of London. Hinojosa has travelled extensively with her practice including the US, UK, Japan, China, and Scandinavia. Having lived in so many countries, she is constantly reflecting on her home and culture as a Mexican American, which features prominently in her work.

Hinojosa’s practice concerns the stage as an opportunity for the suspension of disbelief, the reclamation of space, and fantasy as mechanisms for shifting power dynamics. Recently she has been working primarily with her experience as a Latinx Trans woman, exploring modes of normalizing public conversation around trauma, specifically as it relates to trans identity. Working in photography, vocal performance and audio production, Imogen uses the ‘stage’ (sometimes a public site) to allow the body to become greater than it is in isolation, shifting everyday dynamics to allow fantasy to become a personal reality.