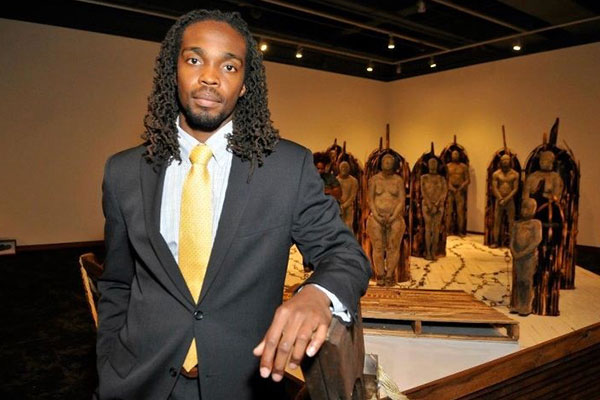 Stephen Hayes is a mixed media sculptor and creator whose work references socio-cultural race dynamics rooted in historical references. His project seeks to change societal perceptions of Black identity and otherness through the vulnerability of sharing experiences and the catharsis of collective realizations.

North Carolina born, Hayes was raised to the idea that anything is possible; if you dream it, you can make it a reality. In 2006, Hayes earned his Bachelor of Fine Arts in Visual Communication from North Carolina Central University and in 2007, he received a full summer scholarship to New York State College of Ceramics at Alfred University. In 2008 Hayes began a Masters of Fine Arts at Savannah College of Art and Design in Atlanta, and received his degree in May 2010. Currently, Hayes is touring his M.F.A. thesis exhibit “Cash Crop” and adding new elements to the exhibition at each stop. In 2015, Hayes began a 13-month residency at the McColl Center of Art and Innovation, in Charlotte North Carolina. Hayes is currently creating his new exhibition named “Blocked Lenses.”