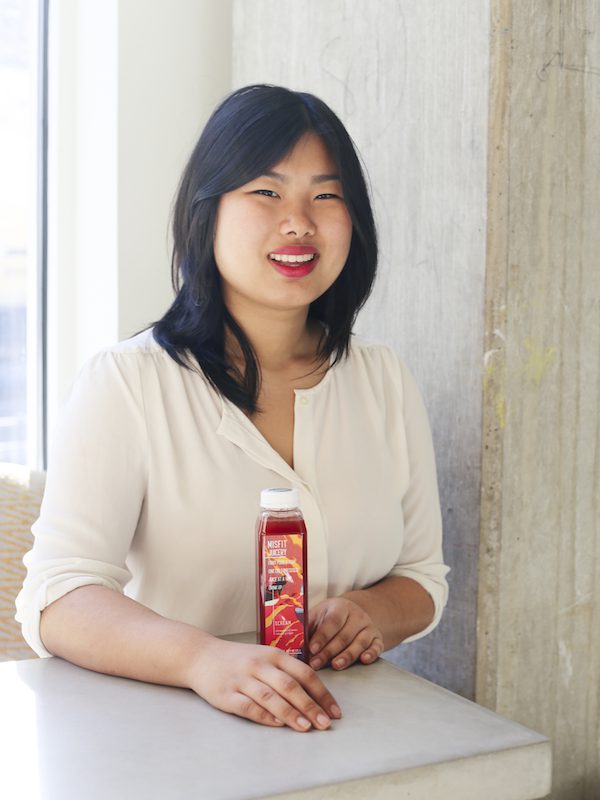 Ann Yang is the co-founder of MISFIT Juicery and sometimes writes about herself in the third person. Yang started MISFIT as a college student at Georgetown University with her best friend, Phil Wong. Two years later, MISFIT is now found in 65 wholesale accounts throughout the D.C. area and in New York City including Blue Hill at Stone Barns, an eatery recently named the best restaurant in the United States. MISFIT has been featured in Vogue Magazine, Fast Company and Inc. Magazine, and is one of six companies nationwide in the inaugural class of the Chobani Food Incubator. MISFIT has also created partnerships with Baldor Specialty Foods, National Geographic, DC Central Kitchen and Jubilee Jobs.

Yang is a Gates Millennium Scholar and calls Boulder, Colorado her hometown. She loves people, the outdoors and good conversation, and is notorious for asking strangers if she can pet their dog.

Ann is no longer with Misfit Foods.