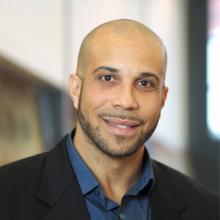 Brian Ferguson is founder of the Start Line venture that will allow citizens returning home from incarceration to utilize a single database for a comprehensive, descriptive, and rated compilation of potential services and resources available to assist them in a successful transition back into society.

Brian was born and raised in Washington, DC. He attended West Virginia University working summers and winters for the law firm of Arnold & Porter. Although he maintained a 4.0 GPA, and intended to go on to law school, his plans were derailed when he was wrongfully convicted of a homicide and given a sentence of Life Without the Possibility of Parole. It took over a decade but eventually his conviction was overturned and he was finally released. Brian returned home with a new purpose: to serve as an example to others who’ve experienced and overcome great hardships in their lives, by making a success of himself and by striving to make a qualitative difference in the lives of other returning citizens.