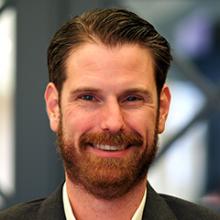 Charlie Gillig is Co-Founder and CEO of RemitRight, a comparison platform for international money transfers. Previously he was a Skadden Fellow in San Diego, where he founded and directed a legal services clinic for indigent immigrant victims of human and civil rights abuses.

Outside of RemitRight, Charlie is a Commissioner on the City of San Diego Human Relations Commission and serves on the Boards of Directors of several non-profits. He also writes for The Economist Intelligence Unit on politics and economics in Africa and recently acted as a NGO legal observer to the Military Commission Hearings at Guantanamo Bay.

A Los Angeles native, he is a proud graduate of Johns Hopkins School of Advanced International Studies (SAIS) and Georgetown University Law Center, where he received the Jeffrey Crandall Award for commitment to legal aid. Prior to graduate school, he served in the United States Peace Corps in Togo, West Africa.