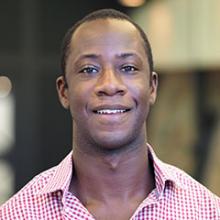 Olivier Kamanda is the founder and CEO of Ideal Impact, a digital platform that engages people with social impact opportunities based on the news stories they follow. He also is a fellow at the Truman National Security Project and a former columnist with the Huffington Post. After founding and leading Foreign Policy Digest, an online magazine aimed at engaging young Americans in international affairs, Olivier served as a speechwriter and senior advisor to Secretary of State Hillary Clinton. Olivier has served as a member of the Board of Trustees of Princeton University and an elected Advisory Neighborhood Commissioner to in Adams Morgan in Washington. D.C.. He is a long-standing volunteer and sous-chef at Miriam’s Kitchen, a homeless services organization based in DC,  and a campaign partner to The Way Home Campaign to end chronic homelessness. In 2012 and 2013, Olivier was named one of D.C.’s “Most Influential Leaders Under 40” by Washington Life Magazine.

Olivier earned his bachelors degree in Operations Research and Financial Engineering from Princeton University and his law degree from the University of Pennsylvania Law School.