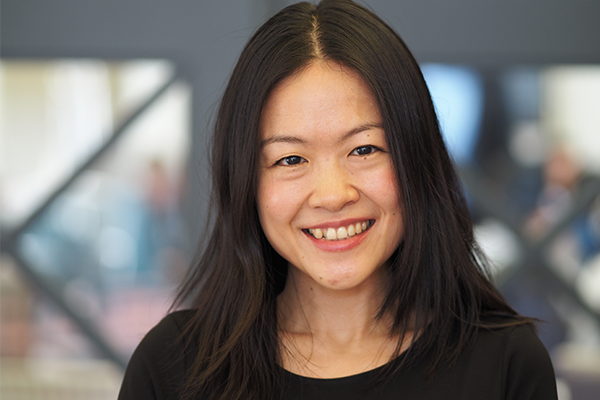 Yoko K. Sen is a sound alchemist and the founder of Sen Sound. She started the piano at age 3, so her mother tongue is music, her second language is Japanese, and English is her third. She produced her first album, “012906,” which was nominated for “Best Album in Electronica” by the 6th Independent Awards (2006). After touring North America and Europe with Dust Galaxy, a side project of Thievery Corporation, Yoko produced the second album “Heaven’s Library,” and received the Washington Music Association Award for “Best Electronica Artist” (2011, 2012). Yoko became the first electronic musician to serve as an artist in residence at Strathmore. She performed with Nicolas Laget at the Kennedy Center, presented at TEDxPotomac, and guest lectured at Georgetown University. Yoko is interested in humanizing technology through empathy; at IDEO Cambridge, she collaborated with Ayodamola Okunseinde to build, and perform with, empathy robots that were aimed at alleviating the fear of the singularity.